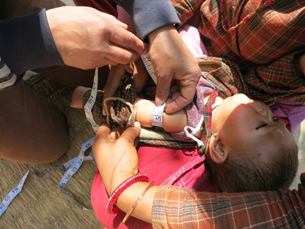 The earthquake of April 25, 2015 and series of aftershocks have caused multiple damages in the Kathmandu valley, and in several districts including Kavre district, a PEER health study project site in Nepal. According to the Nepal government, earthquake has killed at least 8,700 people, displaced about 8 million people, and damaged 756,000 houses and other buildings. On May 12, 2015, another powerful earthquake of 7.3 magnitudes struck Nepal. The second earthquake has further worsened the already devastating situation. It has traumatized many people including children who are now going through anxiety and fear.

Going forward, Nepal government has started preliminary assessments of damaged houses in Kathmandu district, which are either unsafe or dangerous to live in. Preliminary assessments suggest that an estimated 50,000 houses have been affected by the earthquake, of which 20,000 have collapsed. Over 1000 above three-storey buildings are unsafe or dangerous, and need to be torn down immediately. This figure will go up as the damage assessment of building is ongoing in the valley. There are no such figures from other districts including Kavre, but according to the Nepal Red Cross Society’s preliminary assessment report, about 53,444 houses have been completely damaged and 23,505 houses have been partially damaged in this district. From the PEER health study alone, of the 550 participants’ houses, 394 houses have suffered minor or major cracks, and 156 houses have been completely damaged. Three study participants—children and mothers have died in the earthquake. Some children and parents have been injured. Some of them were able to receive the treatment (including wound care) immediately but some could not receive immediately but were only able to receive it later. Since many relief agencies have left the area or country, there is now lack of continuity of providing treatment including wound care services to people in Kavre.

Given the fact that there were 2-3 aftershock every day. At present many people are engaged demolition work. Unlike other countries, Nepal lacks proper equipment, expertise or clear protocol to teardown big or small buildings. Therefore, there is a possibility of continuation of current practice of uncontrolled demolition of buildings with heavy usage of cutters, cranes, excavators, bulldozers or other crude methods. Such activities will generate and add complex mixture of particles and gases to the ambient air in the valley and Kavre. In addition to airborne dust from the rubble of destroyed buildings, the smoke rising from biomass or kerosene burning for cooking and heating at makeshift tents/camps will further add particles and gases to the ambient air. Similarly, re-building work in the future will fuel the demands for brick, leading to installation of more brick kilns in and outside (possible extension to Kavre) of the Kathmandu valley. Such activities will cause significant air pollution problems including emission of black carbon, organic carbon and other pollutants in the valley as well as in Kavreas it lies in the East of Kathmandu valley, and wind usually blows from the West to East. Therefore, exposure to toxic air pollutants from all these activities could increase the health risks including respiratory illnesses such as acute respiratory infection, asthma, bronchitis, and pneumonia in children in the Kathmandu valley and Kavre. Therefore, LEADERS Nepal is continuous monitoring air pollution in two stations of Kathmandu, Putalisadak and Bhaktapure and One station, Panchkhal, Kavre and collecting ALRI data from nearest hospitals. 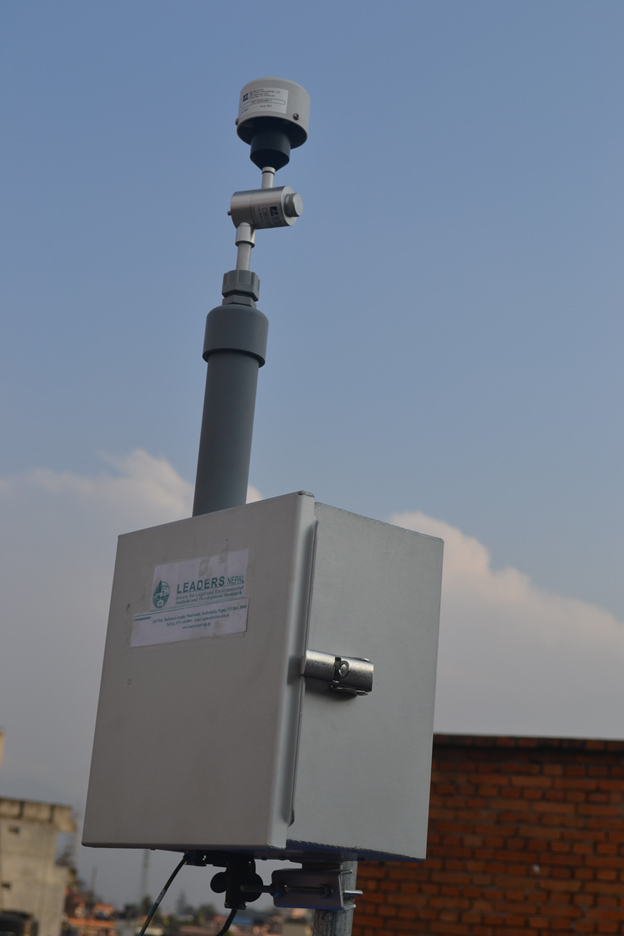