From January 2015, LEADERS Nepal is conducting an observational (cohort) study, “investigation of the effectiveness of biogas in reducing ARI in ≤5 year’s old children” in 6 Village Development Committees (VDC) of Kavre district of Nepal. Funded by the PEER Health program (http://sites.nationalacademies.org), the main objectives of Nepal PEER health study are i) to assess the effectiveness of the national cookstove (biogas) program in reducing household air pollution; and ii) occurrences of ALRI/pneumonia in children compared with the use of traditional biomass cookstove, popularly known as “Chulo”. Majority of Chulo in the study area are 1-2 potholes and use either wood or agricultural residues as fuel. Biogas, which contains methane and carbon dioxide, is produced through an anaerobic digestion of cattle dung in a biogas digester. The unique feature of biogas in this study site is that about 75% of biogas user households have latrine attached to the biogas digester. Thus, households are getting biogas even during the winter time when gas production is usually low.

Until April 25, 2015, when major earthquake struck Nepal, the study was following 550 children from households using Chulo—exposed group (n=266) or biogas—unexposed group (n=284). On a weekly basis, community nurses—Female Community Health Volunteers (FCHVs) were assessing the incidence of ARI including pneumonia in children; and every 3 months, air pollution technicians were measuring level of particulate matters (PM2.5) and carbon monoxide in the kitchen, and level of PM2.5 in children’s sleeping area. Unfortunately, on April 25, 2015, Nepal was struck by a massive earthquake (7.8 magnitudes). On May 12, 2015 another major aftershocks (7.3 magnitudes) shook Nepal. The earthquake and series of powerful aftershocks caused multiple damages in the Kathmandu valley, and in several districts including Kavre district, a PEER health study site.

According to the Nepal government, earthquake has killed at least 8,800 people, displaced about 8 million people, and damaged 756,000 houses and other buildings. In the case of PEER health study participants, post-earthquake damage assessment has shown that 394 houses have suffered minor or major cracks, and 156 houses have been completely damaged. Three study participants—children and mothers also died in the earthquake. The earthquake has also completely destroyed 20 biogas plants, and partially damaged 180 biogas plants (GI pipe/HDP pipe clogged). Of 180 biogas plants, 80 have been fixed, however, due to lack of money, 100 households have not been able to fix their biogas system, and have started using “Chulo”.

From the second week of June, PEER health study has been resumed. Weekly morbidity assessment of 547 children and air pollution monitoring activities in 547 HHs are going on. Unfortunately, about 120 households with completely or partially damaged biogas are still using Chulo.

The preliminary results from the study suggests that the CO levels in kitchens that use Chulo is two times higher than the CO levels in kitchens that use biogas. Therefore, until the biogas plants are fixed, children from 120 households are likely to be exposed to worse indoor air pollution. Children’s exposure can be minimized by rebuilding 20, and fixing 100 partially damaged biogas plants. Similarly, exposure to household air pollution (HAP) could also be minimized by installing new biogas plants in 100 households from exposed group (Chulo users), who have enough cattle to operate small (4 m3) biogas system but not enogh money to install the system by themselves. For the remaining 166 households from the exposed group, who doesn’t have cattle, installation of efficient biomass burning clean cookstove will help minimize HAP. Therefore, Nepal PEER health study is seeking monetary donation to install 120 4 m3 capacity biogas plants, fix 100 existing biogas plants, and install about 166 biomass burning clean cookstove in study participants’ homes. Government has provided $150 to build temporary shelter. It has also announced interest free loan to repair damaged homes. However, there is no program or monetary support to install or fix biogas or clean cookstove. Thus, donors’ generosity will make a difference in earthquake affected community, and allow Nepal PEER health research group to continue their work to provide clean cooking solutions to 550 houses with ≤3 years old children.

Introduction of biogas in 200 households will not only help lower the HAP and incidence of disease but also offer other additional benefits. For example, latrine attached biogas system will help improve local sanitation and hygiene and reduce the incidence of diarrheal disease. Application of biogas slurry will improve soil fertility, increase agricultural output and reduce the dependency on chemical fertilizers. According to the UNFCC, each biogas plant can reduce about 5 tCO2e annually. Thus, 200 biogas plants can reduce approximately 1000 tCO2e annually. Similarly, introduction of biogas system will help minimize the pressure on forest. And, construction of biogas plants will generate local employment, which is much needed in the earthquake affected area. Similarly, introduction of biomass based clean burning cookstove will help reduce HAP and improve family’s health. 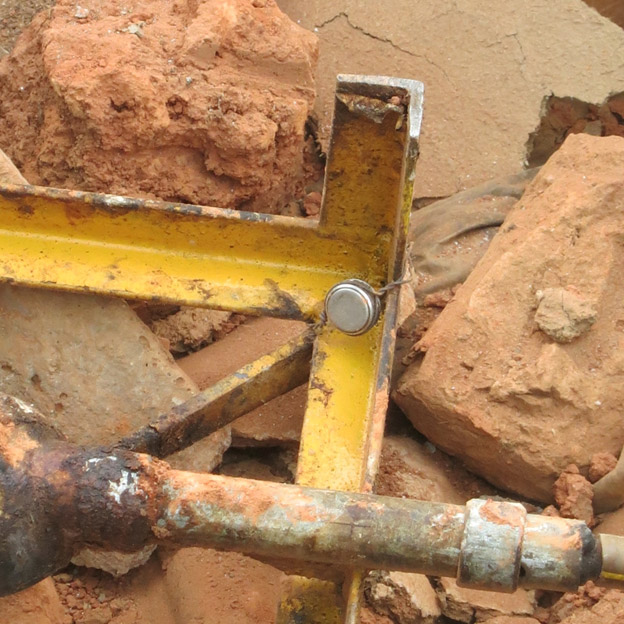